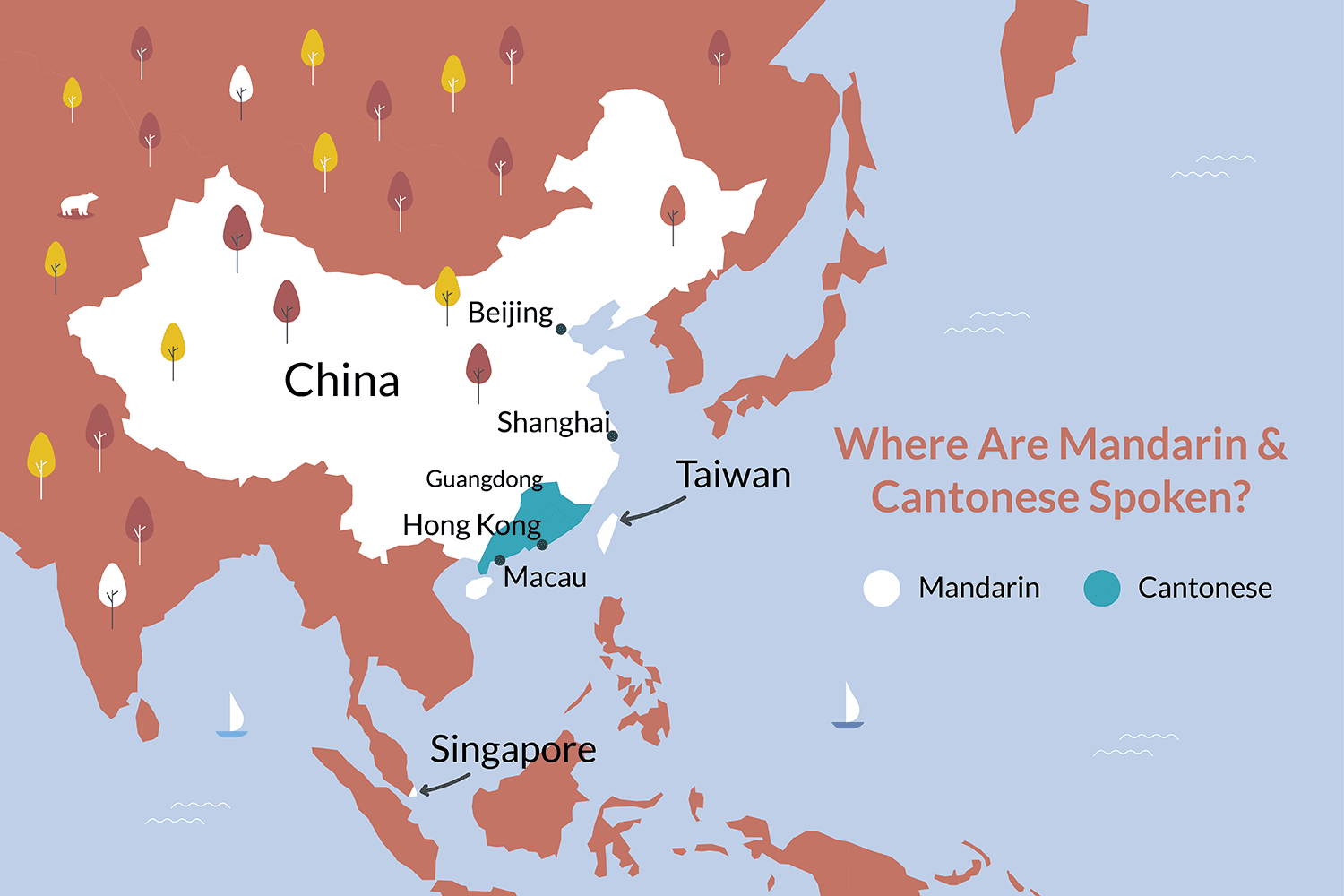 Chinese is a unique language.  Unlike most other languages around the world, written Chinese uses a “pictorial” representation rather than a phonetic one.  Chinese characters are not “sounded out” but are rather used to represent ideas.  (e.g. 人 is the symbol for “person”.)  Thousands of such symbols, or “radicals”, are combined into characters to form more complex ideas, independently from the sounds that verbal speakers might use to describe them.

Speakers of different Chinese dialects often cannot understand each other verbally, but can still communicate in common writing.  To help improve verbal communication possibilities across the country, the Chinese government has pushed for Mandarin to be taught in schools and used in all public media. Now, both Cantonese and Mandarin share the Chinese alphabet, but even here there is some diversion. China increasingly uses simplified characters that rely on simpler brushstrokes and a smaller collection of symbols. Hong Kong and Taiwan continue to use traditional Chinese that have more complex brushstrokes. This means that those who use traditional Chinese characters will be able to understand the simplified characters, but those accustomed to simple characters won’t be able to read traditional Chinese.

Cantonese and Mandarin are DIALECTS of the Chinese language and are both spoken in China. They share the same base alphabet, but as a spoken language they are distinct and not mutually intelligible.

When Hong Kong was handed back from the UK to China in 1997, only a quarter of the population spoke any Mandarin.

Many Hong Kongers are now learning Mandarin as a second language, they will, for the most part, not speak the language. The same is true of Macau. Guangdong province has seen an influx of Mandarin speakers and many people speak Mandarin there.

Many other regions in China will also speak their regional language natively and knowledge of Mandarin may be patchy. This is especially true in Tibet, northern regions near Mongolia and Korea and Xinjiang. The benefit of Mandarin is that while not everybody speaks it, there will usually be somebody nearby who does. 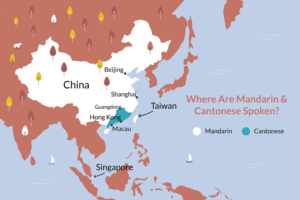 Mandarin is the only official language of China. School children in China are taught Mandarin at school and Mandarin is the language for national TV and radio so fluency is fast increasing. There are many more speakers of Mandarin than there are of Cantonese.

Both the Mandarin and Cantonese dialects are tonal languages where one word has many meanings depending on the pronunciation and intonation. The tones of these two languages vary. Mandarin has a neutral tone and four main tones. Cantonese has more, with nine tonnes (traditionally), composed of three checked syllables and six open syllables. But modern Cantonese counts only six tonnes because the other three are only repetitions. The tone used to pronounce a word provides its meaning. Therefore, one word can have a different meaning depending on how you speak.