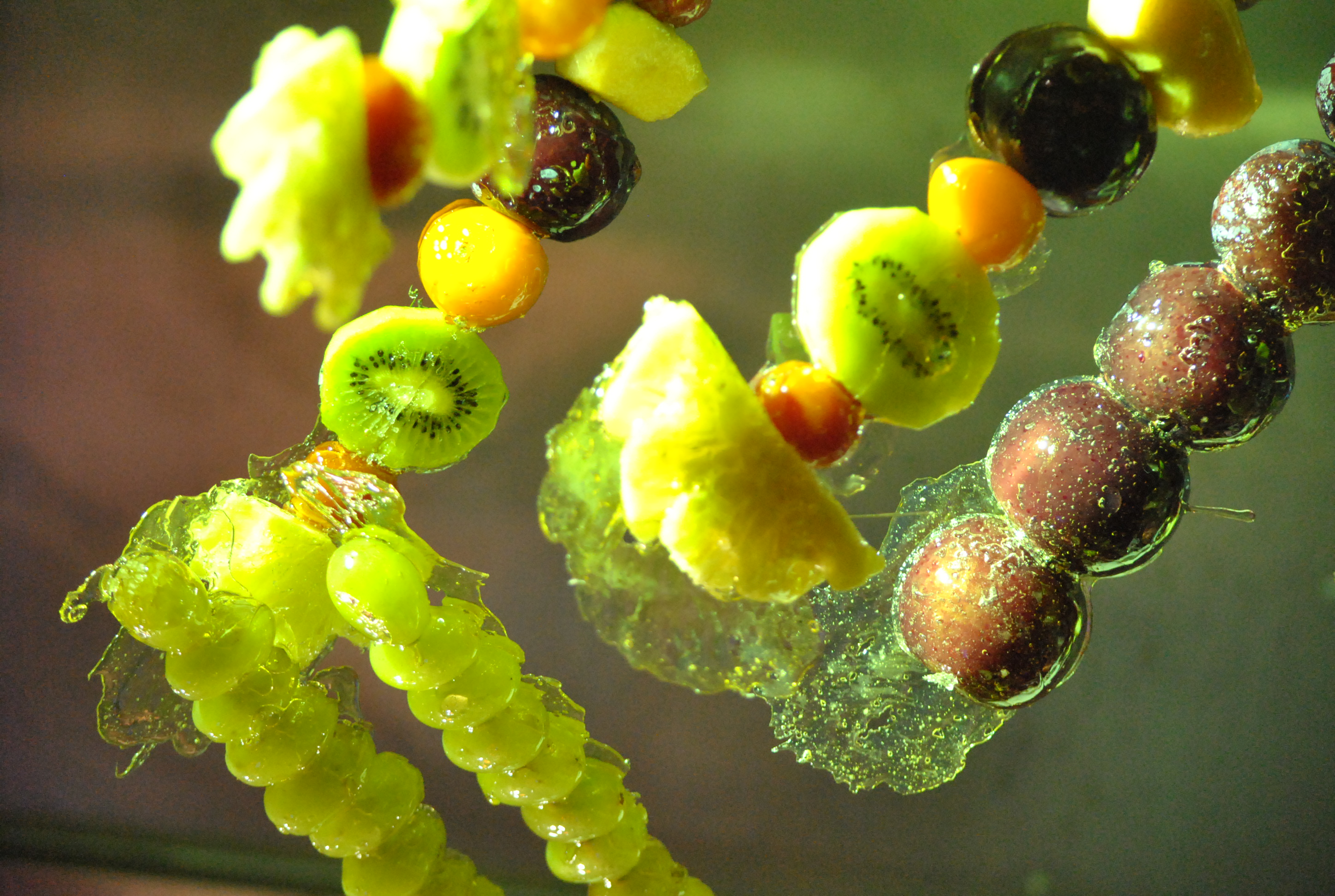 In daily life Taiwanese use Gregorian calendar. However, for important holidays they use the traditional Lunar Calendar. New Year’s Eve celebration in Taiwan begins this year on February 15th. It will last 15 days ( from the 1st to the 15th day of the first lunar month ).

How Taiwanese prepare for New Year’s celebration and what are superstitions connected to the Spring Festival?

From February 8th Taiwanese clean their houses. These represents putting away old and dirty things, bidding farewell to the old year and welcoming the New Year. These ‘dirty things’ range from dust to evil spirits. But watch out! You are not suppose to clean the house the first two days of the New Year, because you could sweep your wealth away! This year, the New Year Eve will be celebrated on February 15th. The most important traditions for this day is the New Year’s Eve dinner, called ‘reunion dinner’. On the table you we will find dumpligs ( jiǎozi ) and spring rolls 春卷 ( chūn juăn )- which symbolise wealth, fish 鱼 ( yú )- increase prosperity, noodles 汤圆 ( tāng yuán )- for happiness and longevity and of course New Year’s cake 年糕 ( nián gāo)- for higher income or position. According to tradition, to welcome the New Year properly, we need to stay up late, then let off firecrackers and fireworks to scare off inauspicious spirits and Nian ( the New Year monster). On this day people also give each other presents and fruits are one of the most popular gifts. They symbolise good luck and prosperity, which is why they are seen everywhere during the Lunar New Year. Visiting friends and relatives without bringing the fruit as a gift is seen as disrespectful. Kids get mostly the red envelope( red- symbol of energy, happiness and good luck ) with wishes on it and money inside. It is called 压岁钱 ( yāsuìqián ), which means ‘suppressing ghosts money’. Watch out! Avoid giving amounts such as 40 yuan or 400 yuan. The number 4 ( 四 sì ) in Chinese sounds like ‘death’ 死  ( sǐ ) and is considered as bad luck. The first New Year’s Day will be celebrated on February 16th. On this day, the most important thing is to 拜年 ( Bài Nián )- to wish relatives, friends and neighbours a Happy New Year. 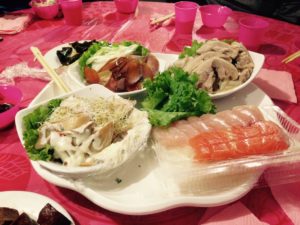 From February 17th until February 22nd New Year Days it is time to visit relatives and friends.

The second second day of Chinese New Year is also known as kāi 开年 ( kai nián ) – ‘the beginning of a year’. Traditionally, married daughters visit parental homes with their husbands and they should eat lunch together. On February 23rd most people will return to work. It is 8th day of celebrations and 8 is the luckiest number in China. Most businesses prefer to reopen on this day. The Lantern Festival 元宵节 ( yuánxiāo Jié ) will end the Spring Festival celebrations on March 2nd.

During the Chinese New Year superstitious beliefs and customs are of great importance.

What are popular superstitions?

As already said, people do not clean their houses on the first and second day. But also, the are not suppose to wash their hair. In the Chinese language, hair 发 ( fà ) has the same pronunciation and character as ‘fa’ in 发财 (fācái), which means ‘to become wealthy, get rich’. Therefore, washing your hair could wash one’s fortune away!

People also do not borrow money and they try to pay back their debts. Chinese proverb warns: 欠钱不能欠过年 ( Qiàn qián bùnéng qiàn guònián )  – ‘owing money will not bring a good new year’. But be warned: If someone owes you money you are not suppose do go to his or her home to demand it. If you do it, you could be unlucky for the rest of year!

Happiness also brings red underwear. Red is one of the luckiest colours in Chinese traditions, standing for loyalty, success and happiness. People avoid black and white colours because they are associated with death and bad luck. 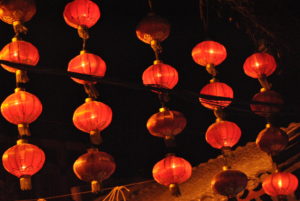 And what should not be given as a gift?

People should not give shoes, umbrella and clocks as a gifts. Shoes are a bad idea for a present, because the Chinese word for ‘shoes’ (鞋 xié ) sounds exactly like a word for bad luck or ‘evil’ (邪 xié). And why clocks? Chinese Expression ‘giving a clock’ (送钟 sòng zhōng ) sounds exactly like the Chinese words for ‘attending a funeral ritual’ (送终 sòng zhōng), that is why giving clocks or watches could bring a bad luck. People also avoid giving umbrellas as a gift, because the Chinese word for ‘umbrella’ (伞 sǎn) sound like the word for ‘ break up, scatter’ (散 sàn). Giving somebody an umbrella may have subtle meaning, that you want to end your friendship with him or her.